To hopefully make it easier to order online we have created an online store site.  It can be found at the following address:

With the purchase of John Snell's collection of racing engines along with a huge collection of parts plus the purchase of three engines in Wisconsin and six engines from Bill Kelly (already sold two) and engines from Charlie Williams and a few Champion Hot Rods we have probably the worlds largest selection of older Mercury Racing engines for sale.  Our sales are now world wide having sold engines to Australia, Sweden, France, Canada and Belgium.

We purchased a large collection of Quincy Looper's  and parts.  We had acquired twenty five Mercury racing engines from Jerry Heywood.  The collection is for sale as individual engines at reasonable prices.   These engines include Mark 55H clones, KG7Q. There are less than half a dozen left.

Alan purchased this very original Mark 55H engine.  It is one of the first 1000 built, still having the original Carter N carbs and the glass fuel filter and FM magneto. This engine sat in a barn for over 30 years. 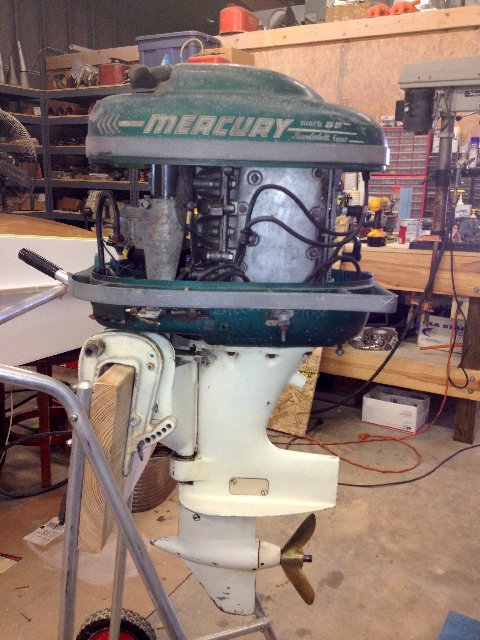 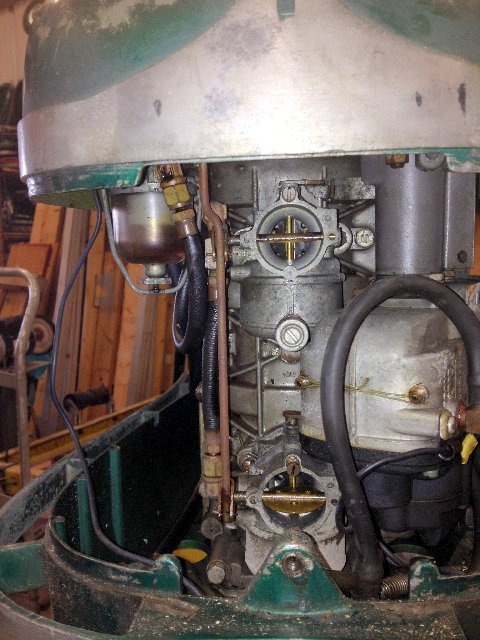 Doug Kay has done his magic on this great find.

We have suspended construction of new Aeroliner Runabouts, if interested in having one built we may be able to build one for you so let us know of your interest. 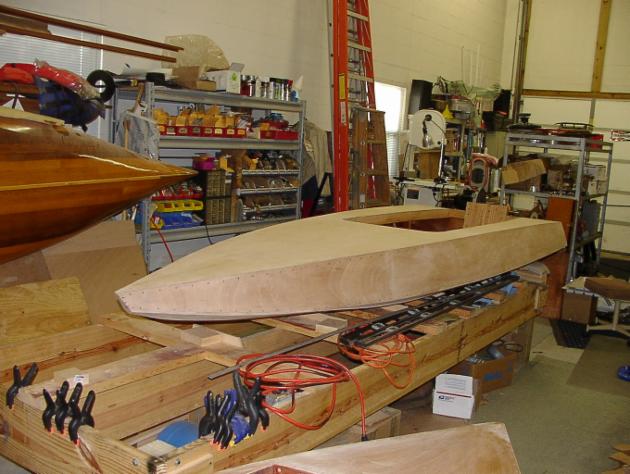 Our CU awaiting staining and varnish.

We completed an 11 foot 8 inch C runabout that will look just like the A/B boat we have finished. Which has been sold.  With the sale we purchased two of Jon Woods green and gold Mark 20H engines that still have the factory seals in place.

We are producing restoration parts for Mercury Quicksilver racing lower units.  Presently we have  parts for the A/B/C and D versions. We are also manufacturing the gaskets for the Mark 20H and Mark 20H conversion.

Alan purchased the remaining parts of the late Harry Brinkman.  We will be selling some of the extra parts and putting back together some of the engines Harry never finished.  A reprinting of his manual on modifying the Mercury engine for racing together with Harry's latest notes has been published. We made the manual easier to read and added more information we gleaned from Harry's notes and some of the work we have done on Mod engines.

Our  engines are a C Mod built with the Harry Brinkman championship crankshaft and using the latest notes Harry had on porting.  A  44 Cubic Inch TX444DK engine using four carbs and pyramid reeds and special Tiliston carbs machined from solid billets of aluminium. Doug Kay has finished a 60 CI mod engine which won one heat of racing at Hillsdale, MI.  For a link to our first test of this engine go to our Boat Collection page, click on the link to You Tube, the longer version is the better show.

Alan's son, JR, had his first ride in Alan's C Mod in 2010 in Pinville, LA.  This was also the first test of the boat and engine neither of which had been in the water before.  Working on the set up and prop selection will take some time.  JR did him self proud finished fourth, not bad for the first time in a race boat.  We finished the season running an A Mod race in Hillsdale, MI.  JR used a Mark 20H we built for him.  In two days of racing he finished third in each race.

We published an article describing the examination of an unmolested Mark 20H we purchased in Oct 2010.  This engine even though it looks horrid on the outside once the cowls were removed you could see it had never been apart.  We discuss the exterior assembly of this engine and will leave the internals for a another article since we are not tearing the engine down at this time.  The finished booklet is a bound edition with a cost of $35 plus shipping.  See Repro Parts for details. This booklet is now in its third printing.

We have raced the M510 in 250cc (A) Mod runabout with the NBRA (See photo below).  We used one of our Mark 20H  conversion engines to power this rig.  Alan purchased a Montana Race Craft C Mod hydro with a final point total in NBRA to finish third overall in 2012 .

We are still building engines for our own use. 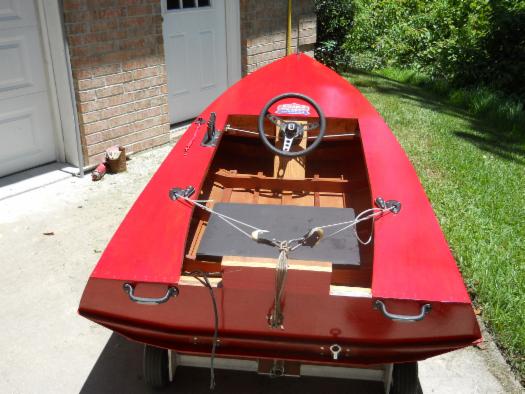 The van Weele's have added two new drivers to the field of NBRA racers in 2013.  Alan's son Jon and grand daughter Kaylee have hit the water running.  In Jon's first race he finished seventh overall and Kaylee in three events in 2013 has never been out of the top five finishers.  To add to that Grandpa Alan, 74 years young took to the water at Lucas Stadium for the first time in over 40 years since his last race.  He finished seventh and said "the pain is not that bad".

Alan, Jr finished second running D Mod in total points racing with NBRA in 2013, his daughter Kaylee also did very well in her first year of racing.  The speed gene must be very active since she keeps asking for more speed. She started in Novice went to A Stock Hydro and also ran at the end of the season in C stock hydro. 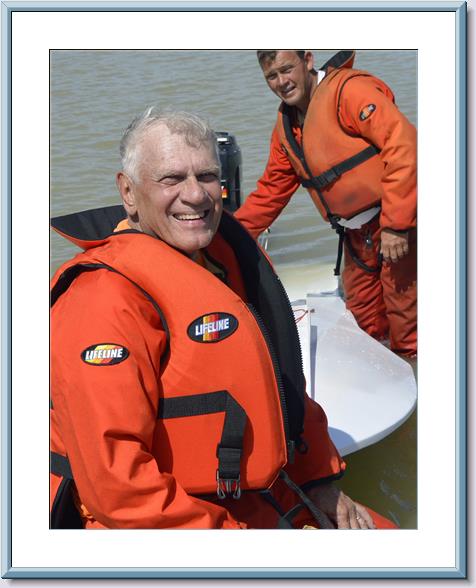 Alan and his son JR at Lucas Stadium June 2013 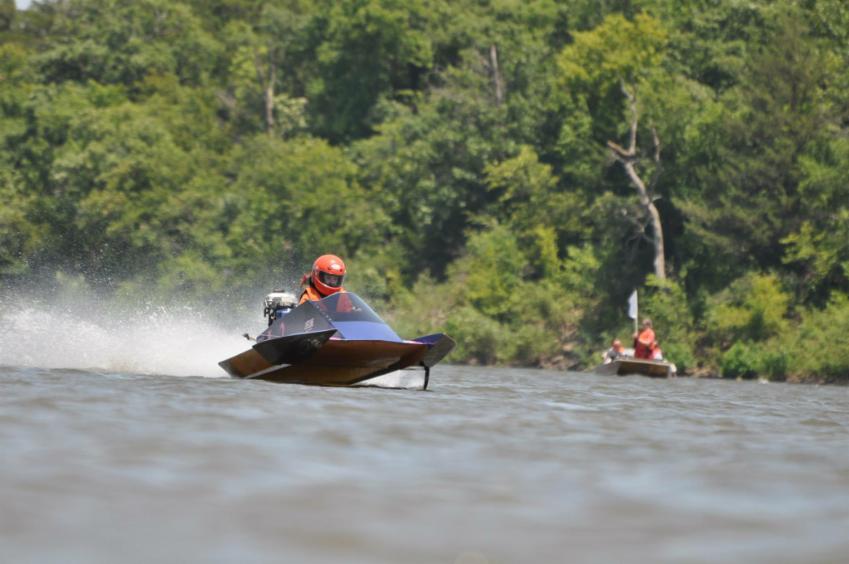 Aeroliner has been appointed dealers for Electromotive Ignition Systems.   We have developed a reliable ignition system for four cylinder Mercury MOD Engines  that will replace your magneto with a much stronger system having  improved spark ability that will work at a higher RPM range since there  are no points that tend to float at high RPM's.

The ignition system is proving to be a great addition to our racing program. If you are interested contact us for availability and we can share some of our knowledge with this system.

We have added a few more collections to our inventory and have been actively selling engines and parts from them.  A major purchase was from John Snell.  Other engines and parts have been purchased from Bill Kelly, Jim Hlvac , the late Jessie Hill, Randy Mathews  and Charlie Williams.  Visit our store, link is posted above to see some of what we have.  If you need something not shown please email us so we can search our inventory.